If you have got this far - thank you.

I think this may well be the most underwhelming subject line I have ever written, but hopefully the content will be of use to you.

Many defined benefit schemes are underfunded.

The total deficit value of all final salary schemes is difficult to agree but most estimates put the figure some way north of £350 billion.

Many schemes don’t adjust their Cash Equivalent Transfer Values (CEs) to reflect their deficit but others do reduce the transfer value and this will be shown in the CE with supporting information.

I’ve dealt with both Canada Life and Vauxhall Motors recently - two schemes that have decided to reduce CEs. 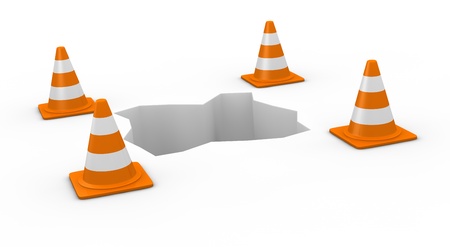 The fact that organisations are trying to reduce CEs is worth paying attention to for several reasons:

Point 4 is worth some analysis.

Most private defined benefits will only offer a pension credit member an external transfer. This often results in a loss of value (wealth) due to the transfer going into the open market where the annuity rates are lower than the assumptions made in the existing pension scheme.

There are a few schemes left (outside of the public sector) who will allow an internal transfer, but they are getting rarer with RBS moving away from this quite recently.

As an aside, a client of mine recently challenged RBS on their decision to stop allowing internal transfers.

She argued that the scheme had provided CE documentation to her that stated it was an option (i.e. before their decision) and that they should honour her choice of the internal option.

It will be interesting to see how many schemes start to reduce their CEs because of their scheme deficits and whether internal options will become more common.

As a planner, just because the internal option is available doesn’t mean the external transfer should be ignored. There may be more risks in keeping the pension share internally. But the internal share shouldn't be ignored either.

It just means things got a little bit more complicated. As if we all needed that.